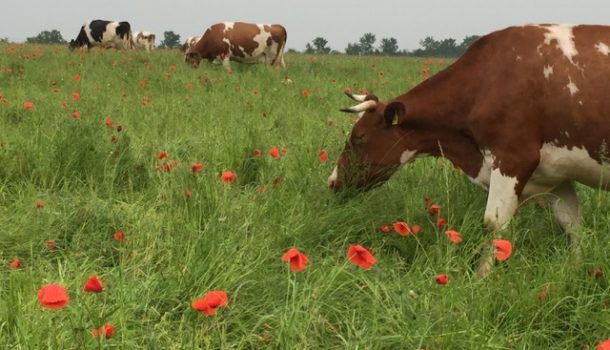 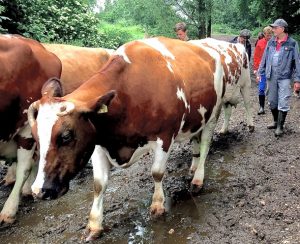 Sievert Jorges, with Cap ‘walking’ cows to the milking stable

“The cows are as a yardstick for our actions, if they are fine, the Farm is fine as well,” say the people of House Bollheim near Euskirchen, right around 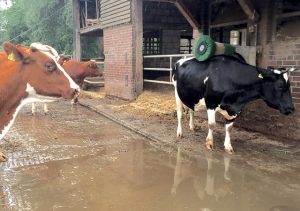 on her way to the milking, Anuschka indulged herself a small massage

the edge of Cologne. And they are doing well, even fucking good. They abolished the pig-breeding and therefore investing more in cattle farming. Perhaps the pigs one day come again, as they follow no dogmas – everything is easy, just floating. They were always ecocows with plenty of grazing on the farm, now they are true gourmets. “To the poppies, they eat neatly around it,” said Sievert Jorges smiling, he cares in Bollheim to the cattle. Finally on their menu are very different goodies, such as clover, alfalfa, grasses, herbs, dandelions – depending on the season and every day to shovel concentrates. This versatility in fodder crops makes from cow dung pure arable Gold. The soil is fertile and alive, which in turn is reflected in the quality of its fruits 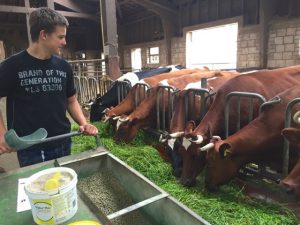 that will benefit the cows and thus again the manure. This manure enriches 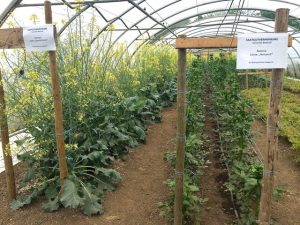 the vegetables, the tomato is cheering up, seasons stem cabbage, fennel and salad – that’s circular economy. Without cows and other farm animals a biodynamic farming is impossible. All cows keep their horns here. Horns are important. Cows communicate with them, it’s their ‘crown’. When you touch the horn of a cow while she eats, then you can feel how good it is supplied with blood. On their Horn you can tell whether the animal is in good condition or not. Along with the mouth to form a unit, and in between they are digesting. “You should 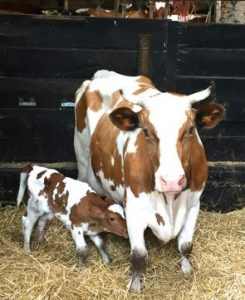 ensure that the animals always have enough time to digest, so they can rest in themselves,” says Hans von Hagenow, one of the four tenants of versatility oriented Demeter farm. With the horns of the cow they customize on Bollheim also the manure for the fields. For the spray preparations the horns get filled with cow manure and buried into soil during winter. Shortly after Easter the horn gets dugged up again. They’re now developed into a fragrant mass content which gets stirred with water and then spread on the fields. Everything is in rhythm with nature, which Bollheim follows, and as far as possible adapts.

a tap for 100 chickens: he structured it, fits them to keep things tidy and well-being

Since 1981, over 30 years, the four farmers: Arne Mehrens, Christian Reiske, Hans von Hagenow and Olaf Seyd manage the biodynamic farm next to Cologne. The organic pioneers have distributed the tasks among themselves. All together they take care of a few hundred chickens, about 170 ha arable, woodland and grassland, grow four different cereals and six potato varieties, plus 50 different vegetable crops. They operate greenhouses of seed research, a cheese factory, a bakery and employ nearly 70 employees who live on the farm and work. In addition there live around 130 cattle on Bollheim. 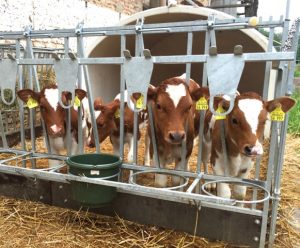 About half of them are dairy cows, the rest heifers, calves and Louis, the bull. Without calves there will be of course no milk. In Bollheim the cows became pregnant with 3 years and the calf shall stay 7 to 10 days with their mothers.” They are then passed through the colostrum somewhat protected against diarrhea and other diseases,” says Sievert. Cow and calf remain inherently together for two years. In the separation they call for each other, it sounds heartbreaking. 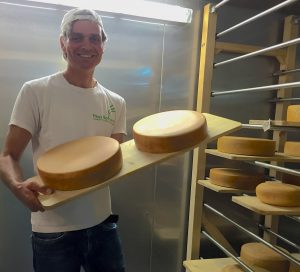 Olaf Seyd with two of his typic 7 Kg Bollheim-Cheeses, Winner in Quality in 2012

A few dairy farms try the mother bonded Dairy farming. Half half: the calf drinks and the excess dairy milks go to the farm. Cows usually produce more milk than the calfs drink. The male calves must leave the organic farm in the Upper Eifel after a maximum of 10 days. That’s longer than the average dairy farms keep them but it is still hard and sad, specially while thinking about the milk over production. The small cow-girls stay partly for the offspring. In Bollheim female-cow-babies grow up in groups because they should feel more comfortable. For milk production the males are not suitable and the herd would be too great with them. The milk is marketed directly to complete this operation or recycled. From milk crisis they are not affected here. Part of the raw milk can be bought in the farm’s own shop. From the other part Olaf Seyd produces from the farm’s dairy 25 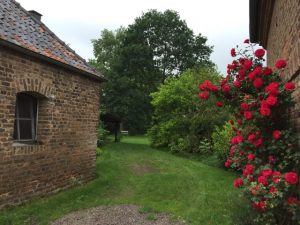 different cheese products. This goes hand in hand. Fresh milk has just the right temperature for further processing. Seyd then sets the white gold to calf rennet, obtained from the stomach of a calf. So he sets the coagulation process in motion from the then cheese, depending on the season different in taste and consistency. The Maigouda is slightly yellowish and somewhat softer than the winter cheese, because the milk this time of year has a little more fat. For the good quality of its cheese products Seyd 2012 has been awarded several prizes. Since 2015 Boll home is one of the Demonstrationfarms of the BLE the german government. It’s worth a visit. It’s like a trip to Alice in Wonderland, at every corner there is something new to discover. A good place to relax and … Link: Haus Bollheim – with information on markets and shops where you can find the products 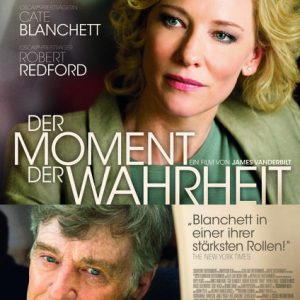 We're talking about George W. Bush, the 43rd President of the United States of America. It is the year 2004. Bush's election...
Copyright 2014 Ruth Schalk
Back to top