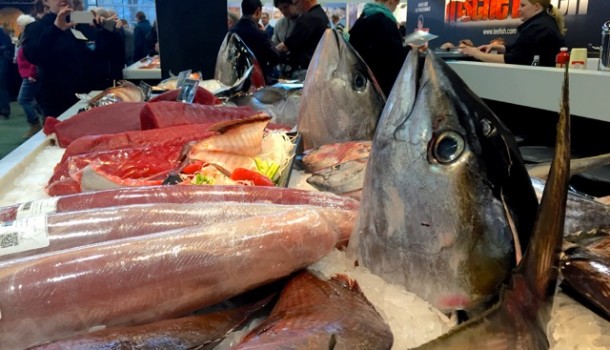 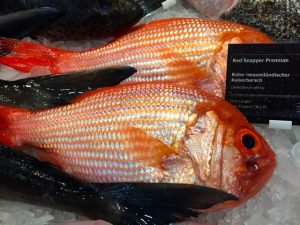 Almost like a Fish fashion show  the exhibitors present the noble sea creatures in their partly scaly “Dress”, such as the two red snapper, the

yellowfin tuna or the winter cod, also called Skrei. For the last one it’s just high season. The rich assortment of caviar surprised the connoisseur. But the “black gold” usually comes from sturgeon Aqua Farms. In the wilderness the catch, and therefore the caviar harvest, is limited. It takes seven years before the fish can produce the delicious black eggs and then during harvesting the fish usually die. For some time, the industry tried to milk the spawn of the fish, but then the crisp beads lose their consistency. The health of the fish is attacked by this process likewise. 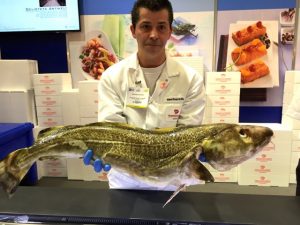 the “fish international” in Bremen 273 exhibitors of 22 Nations show the full range of the fish industry, from aquaculture through 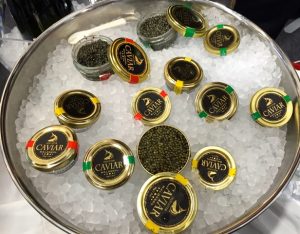 production and packaging to new formulations, such as fish pralines, special fish burgers, dried caviar and so on. The fishing industry pushes the convenience sector as much as the others in the food industry, big hit of the moment are the fish sausages. Yet until Tuesday you can look at all the trendy zappers, from fish and seafood to fish fed–snacking and try and taste everything out, on the only German Fish-trade fair. In the middle also several research institutes are well placed, so you can inquire about sustainable projects, such as Tomato–fish, a project of the Leibniz Institute of Freshwater Ecology and Inland Fisheries (IGB) in Berlin. The Thuenen – Institute informs you about the various types of fishing and at the fish stalls you‘ll finally find professionals, where one can be explained where one can possibly realize if it is a wild catch, fish from the sea or an industrial production. “The purchasing volume of private households has reached an absolute record level last year,” says the managing director of the Fish Information 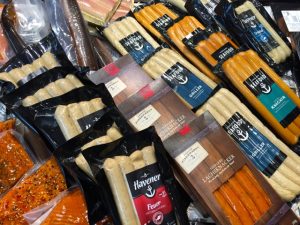 Centre in Hamburg, Dr. Matthias Keller at the fish international. Total fish and seafood delicacies were sold worth EUR 3.66 billion on the German retail trade last year. Quite highly popular with consumers are chilled convenience food, which will be presented by the manufacturers at fish international in numerous new flavors. 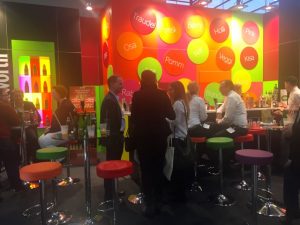 Among the innovations for the business with the end user as well as other refrigerated food in portion size for a quick preparation in the office. Last year only the German industry processed around 415,000 tonnes of fresh fish. Around half of the production took place in Bremerhaven in around 80 companies with more than 4,000 employees. Since 1988 the “fish international”  becomes the meeting-place of the German and European fishing industry, for every second year, paralel as rolling out you’ll fall into the GASTRO EVENT. Link: Fish International 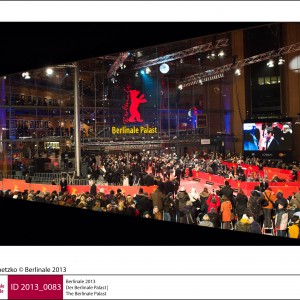 Wow, it was croudy again, about 1,600 film enthusiasts attended the opening of the 66th International Film Festival in Berlin...
Copyright 2014 Ruth Schalk
Back to top