The secret of the rivers in China, India… 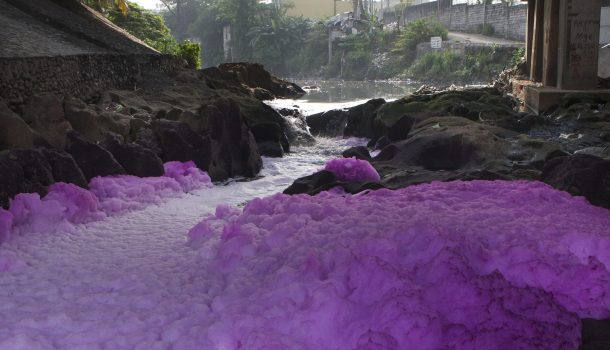 Whether pink, yellow, green or orange, in India, China … everywhere, where textiles finished en masse, you can read the fashion color of the coming season on the rivers. Some of the substances are transported around the world and contaminate ecosystems far from their initiation source, it is stated in the Greenpeace detox report from 2014. Greenpeace is testing the stress of ecosystems worldwide and so found out, that the textile industry is an industry that has to “detoxify urgently“. The environmental organization launched the “Detox” campaign in 2011. Worldwide action lead meanwhile to success in various hip brands, and especially on the Detox Catwalk starting in 2012, this is from 2015:

The Textile and Clothing industry is one of the most important consumer goods industries in Germany. Worldwide the textile industry is strongly influenced by the globalization of markets. The Alliance for Sustainable Textiles fights for detoxified fashion, just like Greenpeace. But the environmental organization does not allow any more excuses. Fashion could also be on a large scale without producing toxic chemicals, claims Greenpeace and shall submit a current investigation. However, there were the vast majority of firms surveyed to slow. The “detox Catwalk 2016” names the pioneers, who implement their promises detoxification successfully, and the marker lights are catching up. “Zara, H & M and Benetton prove that a pollution-free production for companies of any size possible,” says Manfred Santen, Greenpeace expert for chemistry. Like the other companies tested the three fashion companies have committed to convert 2020 to a completely clean production, and are well on our way there, says Greenpeace.


Tags:  Colour Fashion of the season shown on rivers Detox Catwalk Secrets of the rivers in India and China... 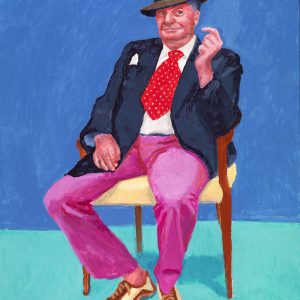 After four years and countless paintings of the landscape* of his home-area in Yorkshire, David Hockney now returns back...
Copyright 2014 Ruth Schalk
Back to top