Eat! But what? Functional? Try Foods?… 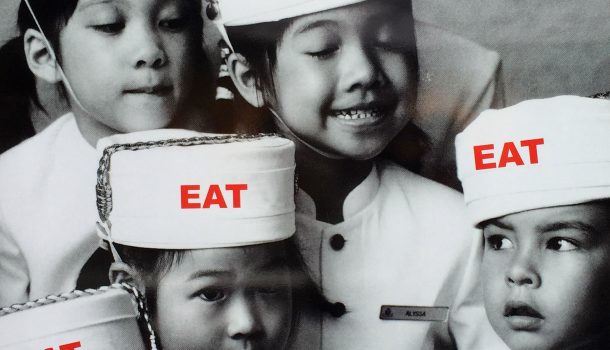 Industrially produced products may perhaps fill you up, they bring enjoyment but only for a while and conditionally. Design made with flavorings and additives, many tricks and technical effort, to please the consumer and to enforce him to buy; only the many nuances of nature can not be replaced that way. The simple taste pictures of industry, tire us fastly, so this would be compelled the food-industry to throw ever newer, ever crazier and more complex products to the market, described Martina Meuth and Bernd Neuner-Duttenhofer in their book: Wo die glücklichen Hühner wohnen (Where the happy chicken live). So-called Processed Food, Industrial created foods, such as cereal, bacon, cheese welded in plastic in the refrigerated cabinet etc..

Since the 80’s the buying public is increasingly faced with new, internationally accepted terms such as Novel Foods, Functional Foods and so on. Designer Food, foods that are highly recommended due to certain effects. Since 1997 they are also sold under the name Feelgood Food, which sounds a lot like a pure marketing term. There are blogs, magazines and even books, that describe what it exactly is or should be. Well, food that makes happy and much more. The transitions are hardly distinguishable part.

is a principle more than one particular product. The idea behind is to produce as in nature, no rubbish but to make everything run smoothly. The products of the circular economy should be used in their production with all materials, biodegradable and be reusable; Cradle to Cradle principle, circulating food cycles back to nature.

“Clean Food” describes foods which is fresh and if possible entirely without artificial additives. A bad habit of eating on time, because that causes more and more ready meals and convenience foods that are all fully emerged of artificial additives. For Clean Eating everything should be prepared by one self of freshly, untreated ingredients that are clean or so called clean. A pleasant side effect of this diet, you will again naturally saturated, the taste buds get trained back to what actually tastes like it looks. There are no hidden sugars, no flavors, no grease … Clean eating is also recommended for diets.

is a selected, deliberately reduced assortment. Quasi a preselected range of food, to make it easier for the consumermto spoiled for choice, for example: Bio-boxes, subscription boxes and the like.

Novel food means food and food ingredients that yet have been consumed by humans in small scale. These include products with genetically modified organisms (GMO’s), or with ingredients that show a change in molecular structure and foods that have been prepared with previously unusual production. Unlike functional food consists of foods to provide a legal basis within the EU, based on the novel food Regulation.

are constituents of value which occur in functional food and pharmacological activity, the term nutraceuticals (nutrient – pharmaceuticals) is used. Food ingredients, whose prophylactic or therapeutic use may be useful. As an example for antioxidants, fiber and phytochemicals can be mentioned, which effects such as the regulation of cholesterol and blood sugar levels, lowering the risk of cancer and other things may be attributed.

Foods such as fruits and vegetables with minor flaws 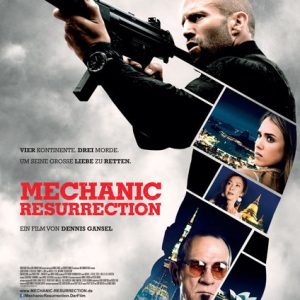 Arthut Bishop is the "Mechanic 2" in a movie which could have dropped out of the fountain pen of Ian Fleming, while writing...
Copyright 2014 Ruth Schalk
Back to top