Hamburg – the most “explosive” Germans 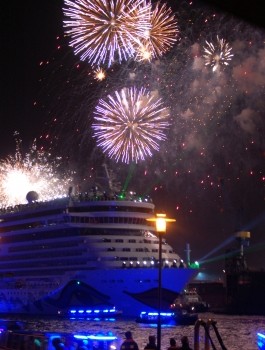 They are crazy about firecrackers to shoot in northern Germany and mostly in Hamburg. Amazing how the usually british temperated Hanseats let “the sow out”, as they describe it, when it comes to cherry bombs, firecrackers, Bengal fire, rockets and other fine stuff of “devil’s work”. Round throughout the year hardly a day when the sky over Hamburg is not cracked and flashed: Harbours Birthday, Cruise Days, Spring-, Summer- and Winter-Fun Fair, Alster-Fair, Cherry Blossom Festival and of course New Year’s Eve. For many traumatized refugees, the banging of these days will hopefully not turn them into a nightmare! After all, this “colorful explosives” checked with us from the beginning. The Fireworks are divided into several categories: Fireworks. 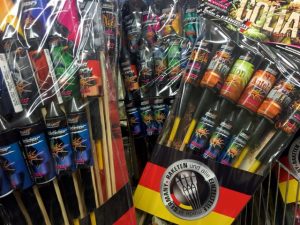 Category one is harmless, even teenagers are allowed to purchase it. Silvester is mainly equipped with category two, and in the categories three and four it comes to hard stuff, professional fireworks, which can be ignited only by trained professionals. These professionals are really busy on days like Harbours Birthday, Alster-Fair etc. and almost employed every other day in the year. This professional fireworks require government approval, in Hamburg by the Department of Health and Consumer Protection. This authority is lacking a good overview of the statistic: in 2013 there were nearly 200 approved fireworks in the City, the following year, there were already about 220. How many were there in 2015 is not yet known. But these were only the bigger ones. In between a few small, almost private firecrackers take place, such as weddings, or when one of the many Chinese enterprises in the Hanseatic city is celebrating the Chinese New Year. In 2016 this will be on the 8th of February. We then hike from the year of the sheep and goats in 2015 namely, into the Year of the Monkey. That should be good, because monkeys are smart, thinks the competent Chinese: Chinese New Year. 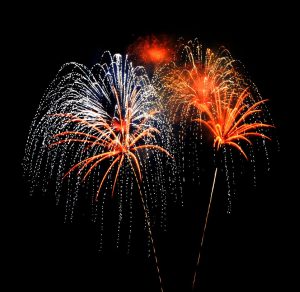 The firecrackers place in the countryside around us, attracts only little attention. The cows in the pasture did not feel disturbed, they stay at their rest, they simply doze on, says a farmers wife from Schleswig Holstein. Her dog trembled already yesterday, but the cattle remained calm. Funny, because cows like actually no loud sounds. The chickens in the barn feel not disturbed too, but the birds in the city flutter quite worried back and forth. The bats around, I presume, are not really fond of fire cracking. Cats are not at all amused by this spectacle, the firecrackers scare indeed all mice too. Zoo animals like flamingos and ducks would indeed slightly nervously hop from one leg to the other, basically they have no problem with the pyrotechnics, some german zoo director told the news. Probably all good until such a firecracker burns someone’s fur. Pretty expensive the Plink, nearly 130 million fizzled so last year in Germany. This year it could be a little less. Germany’s biggest New Year’s party in Berlin, on the two kilometer long festival site between the Brandenburg Gate and Victory Column, starts slowly, because of the fear of terrorist threat, the local tv station reports at 18: 30h. In Brussels, the New Year’s party for fear of terrorist threat was canceled yesterday already. Paris goes with explosives detection dogs and increased use of police forces on strong guns. Also London protects the City with 3,000 additional police officers – hopefully nothing happens! Happy New Year to everybody… 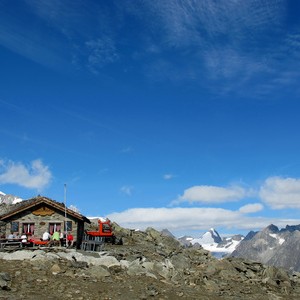 End of the 70ies we avoided the slope at too much snow. Instead, we stayed in the cottage and spooned Nutella pure, while...
Copyright 2014 Ruth Schalk
Back to top