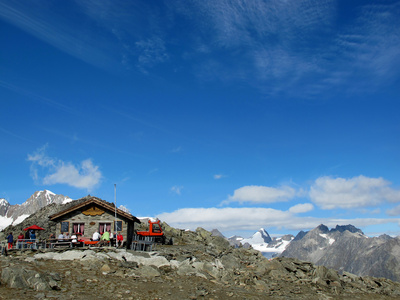 End of the 70ies we avoided the slope at too much snow. Instead, we stayed in the cottage and spooned Nutella pure, while playing cards – today impossible! Skiers adore every snowflake. Nowadays the Swiss are desperate. There is little snow only, tourism collapses. The largest glacier in the Alps, the Aletsch, melts every year off the butts of the swiss peoples, it’s the follow of the climate change. Almost half of the ski resorts are closed today: Snow Report 12.26.2015. A disaster, but everybody continues to eat Nutella. 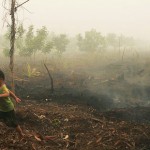 One thinks that does not matter, but that’s not true. Nutella contains palm oil. In Nutella Palm oil is and for the cultivation of palm oil-farms, palm rainforests are cut down worldwide by unscrupulous traders, as in Nigeria. In Indonesia, companies burn down woods to such an extent that the toxic fumes are sometimes blown by the winds to the coast, so that the people of Singapore have to wear respirators. Valuable Turfregions were destroyed. This scenario affects the climate so much that the French Environment Minister Segolene Royal asks for a consequent restriction of palm oil in the tasty chocolate: No palm oil in Nutella and also not in the fuel Total. The consequences are devastating!

With a so-called palm oil certification they wanted to get this bad behaviour under control, but the org rainforest finds out, that it’s more or less a fake: “The major palm oil producers and consumers work founded with the WWF the Roundtable on Sustainable Palm Oil (RSPO), but the chairmanship of the label association leads a manager of the Unilever Group (Dove, Knorr, Rama, etc.), the group asks 1.4. million tonnes per year; it is the world’s largest palm oil consumer. “It occures even more precarious, the german vehicle inspectors of TÜV Rheinland called RSPO certificates without checks, as my colleague Katrin Hartman found out during her on-site research.

In Peru now a small farmer defends against the consequences of the industrial climate damage, Saúl Luciano Lliuya sued RWE. Would he not do that, he would be in danger of being washed away soon. With the help of the Hamburgian lawyer Dr. Roda Verheyen and German Watch, the Peruvian peasant and mountain guide Lliuya fights against RWE. The enormous quantities of emissions in the energy group RWE jeopardize the opinion of German Watch, that Lliuyas family, his property, and much of his hometown Huaraz will be disturbed soon. A rapidly growing due to climate change is glacial lake on the risk to the 120,000–inhabitant city in the Andes.

Not only RWE, our agriculture produces in many ways wrong. For World Food Day on 10/16/2015 Felix Prince of Löwenstein, Chairman of BÖLW *, explained the connection between the way we produce food in Germany and the life changes of people elsewhere: “We must stop farming to operate, so that the people in the South Climate Areas will not burn the crops or growing on large parts of their farmland fodder for our animals. Stable food systems, regardless of whether in Africa or here in Europe, produced without the expensive products of agricultural chemicals. The decisive factors are stable political conditions, investment in local infrastructure and the training of local farmers. With organic farming people in the Africa and Asia regions can just improve their food situation on their own. In African countries more than 10 million farmers have more than doubled their income through participatory research in agro-ecological intensification.”

At the climate talks in Paris livestock production in agriculture was not discussed. Now it’s up to the consumers to create significant changes for a climate suitable for the future with a conscious sustainable consumption. More than 70 percent of greenhouse gases in Europe – and in Germany – are directly or indirectly caused by consumer decisions. Especially enormous these burdens are in the areas of housing, mobility and food. Consumers are strong, together, they can achieve a lot!

The rising of CO2 content in the atmosphere, which is accelerated by the intensive livestock farming further, leading to an increased acidity of seawater. One suspects now that ocean acidification will attract many unspeakable consequences, including within the food chain in the ocean. The ocean acidification is only recently explored systematically, the full extent with all the consequences can only be guessed. Certainly act two fold CO2 problems: the warming and the acidification.

The German Climate Consortium will assume the current global warming to a portion back to the change in the oceans. After the global temperature record in 2014 now have all analyzes indicate that 2015 will surpass this record. The calculations show this by researches of the US authority NOAA and the UK Met Office. So the current 2015 is as warm as ever, since 1880. With the onset of spring 2015 El Niño event in the tropical Pacific was predicted early on, that this year will be a very warm year globally. Under certain circumstances, in 2015 even the first year with a temperature anomaly greater than 1 ° Celsius compared to the mid-19th century. Total fall 2015 with fifteen of the sixteen warmest years of systematic records in the 21st century. Europe noted only at the margins, but elsewhere islands start to sink …

* The Federation of the Organic Food Industry (BÖLW) is the umbrella association of producers, processors and traders of organic food in Germany. 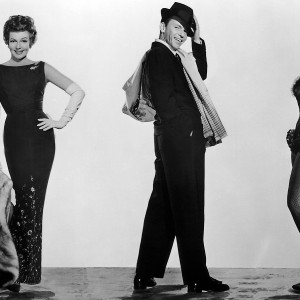 Hundred years ago, on 12th December 1915, the legendary entertainer was given birth in Hoboken New Jersey, just ahead...
Copyright 2014 Ruth Schalk
Back to top