“That sugar film” so we are sweetened addictive 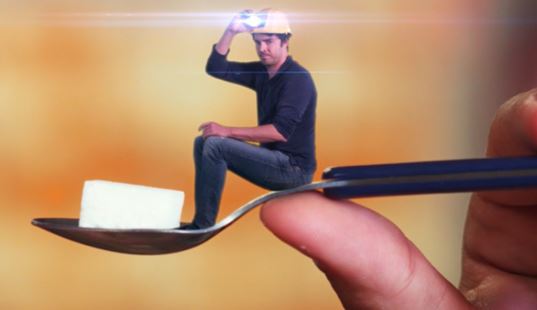 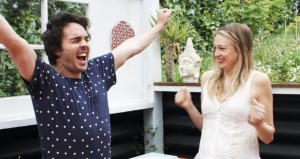 The Australian Damon Gameau is nearing experience to become a father for the first time. His film-wife is already quite round. Maybe it’s just the right moment to gain a few pounds. 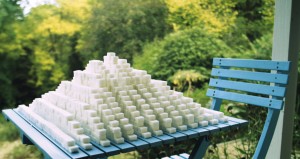 In any case he, the filmmaker and actor, decided to sweeten his world for 60 days mercilessly. He starts an amazing experiment with 40 pieces of sugar a day, astonishingly they are just hidden in foods that are considered healthy. He eats lean yoghurt, muesli, bananas, drinking smoothies and stuffs himself with in-between-snacks. The further he goes, the more he stucks to it, unrestrained 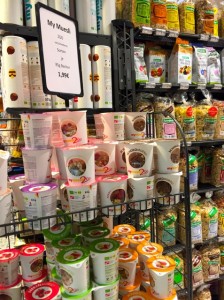 . Finally, he puts the sugar directly ton top of the roasted chicken- mjummi! Besides he is increasing rapidly, though he eats rather less. Also, the calorie amount remains the same; interesting is what happens to his mood, how his psyche developed. 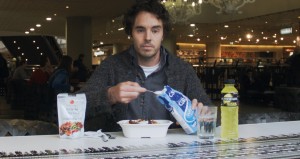 sometimes the “sweet sauce” something pets on ones nervs, but he drags health aspects that were so not a common subject, yet highly visible awareness, for example, the connection between too much sugar intake and poor liver function tests, to insulin dependency.

Too much sugar is unhealthy, already clear, but where the sugar is inside hidden everywhere, and how certain industries sweeten their products on the system, that’s shocking. Here it’s all about luck, and more specifically the lucky point. The crafty Americans, Howard Moskowitz (selling blue elefants) has devised the principle in the 70ies: “The mix makes it sugar replaces love and the right mix in sauces, cereals, soft drinks creates short-term happiness.” And hey presto you become a sugar junkie, it creates an addiction, after more then you want time after time, more again. A vicious circle, similar to the tobacco industry. In America it is proven that the sugar lobby consistently prevents the sugar is demonized.

In Germany, defends the Sugar Association, with the shown up of the movie, which starts today, that: “Sugar is not a killer, but a traditional food. The film makes sure no contribution to the diet debate. It is trimmed to entertainment and box office success, but it has one thing, for sure, not:…. Enlightenment for consumers!” This statement responds Günter Tissen, chief executive of the economic unification of sugar in Germany(VMS).

But, that’s exactly what the documentation does, the film shows the sugar differences and that we often consume too much of the white “crystal” unconsciously. Just as with palm oil, and, like the palm oil we do with it, we brake into markets in other countries as soon as the rate falls. That should happen 2017th. The German farmers do not like this, it could happen like, as in the milk quota.

The “Deutsche Welle” TV examined the issue, the pros and cons of the sugar quota already in 2013: The European beet farmers want to continue a sugar quota. The confectionery industry, however calls for the abolition of the sugar quota. For the European sugar quota provides that domestic producers can only supply 85 percent of the amount. The rest must come from certain developing countries.

Well, the movie is a good thing to show to watch, even though it probably will take some work away from the dentists…

You can order it as a DVD on amazone.

These Boots are made for walking... 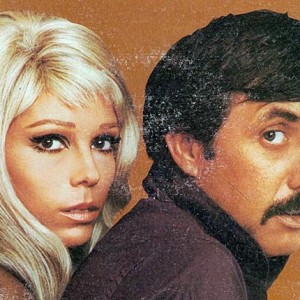 These Boots are made for walking...

Lee Hazlewood and his boots, with them, he and Nancy Sinatra walked straight ahead into the Charts. "These Boots Are Made...
Copyright 2014 Ruth Schalk
Back to top