ThuleTuvalu – when the Ice melts Tuvalu drowns in the ocean 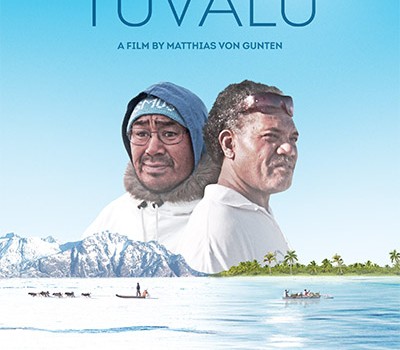 Two places at the edge of our planet are causing headlines due to climet change: Thule, Greenland, because of record ice melts there; and Tuvalu, because this remote pacific island nation is one of the first countries on the verge of sinking as a result of rising sea levels. Whereas for us the warming of the planet occurs almost solely in the media, it is changing the entire existence of the inhabitants of Thule and Tuvalu.

The Swiss director Matthias von Gunten portrays how some families from Thule in northern Greenland, and from Tuvalu, an island nation in the South Pacific, are forced to abandon their traditional way of life as they move towards an unknown future. These two locations are connected to each other by the increasingly progressive global warming.

The story starts about six years ago, when the UN Climate Conference met in late 2009 in Copenhagen to protect the environment. Delegates agreed only on a “minimal consensus” with the vaguely worded goal of limiting global warming to a maximum of 2 ° C – for Tuvalu a disaster! For the last hunters of Thule a total change of their living conditions. How blatantly climate change concerns some people and how rapidly this development progresses from 2009 until today, the film tells the story very clear: 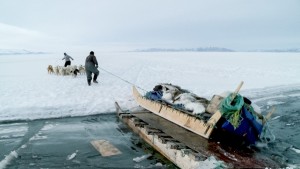 The people in Thule, the northernmost place in the world, living in 2009 still as their ancestors. The most of the year they hunt at temperatures below forty degrees. In fur clothes and dragged by dog sleds over the ice to feed their families and their dogs. However, the ice melts more and more. Huge cracks in the white ice floes prevent the onward journey to the traditional places. Their hunting grounds fall apart and more and more into the water just before their eyes. 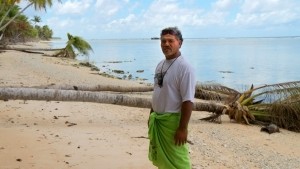 On the other side of the earth, the islanders of Tuvalu live in the vastness of the Pacific in 2009 happy and relaxed on narrow coral reefs. Like many generations before they nourish on fish, coconuts and home-grown vegetables. But due to the consequences of the global warming they can’t help to watch the progressive loss of their habitat: The melting ice in Thule leeds the islands of Tuvalu by rising sea levels into a increasingly disappearing.

Over several years accompanied by von Gunten, the movie shoes people at these places. He jumps back and forth again and again, and so shows the powerful changes. In addition to the differences more and more connections and similarities are clear: In both places appears, whether in hunting or fishing, at ice driving or in canoe building, like the sea as the main source of food shapes the whole existence of the locals. In both cases, we see how over the centuries their particular lifestyles resulting from this close dependence on nature and the great seclusion from the rest of the world that have survived to this day.

With the main characters of the film, we see how these changes in their environment, their lifestyles and thinking 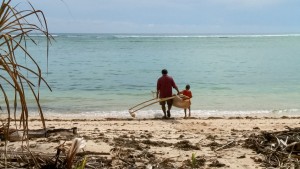 increasingly determined. Between Hope and anger, resignation and confidence they are looking for a position on this threat. And some see even forced to draw a line under their previous existence and starting a completely new life.

The stories of the two places are becoming increasingly associated to a single story. A story of people who lived quite modestly in harmony with nature and now have to pay for what the industrialized nations have damaged her exploitation of nature. The protagonists are the first and finest seismographs for the visible change, which is even affecting all people in the world.

Every year at harvest time, farmers experience the same disaster: In Germany about 500 000 Wild animals fall victim to the harvesters....
Copyright 2014 Ruth Schalk
Back to top